History of the Contract

The tram was a major transport system in the city of Barcelona for many years and was in operation for almost a century. The first line, between La Boquería and Los Josepets (where the Plaza de Lesseps can now be found), entered service on 27 June 1872. It looked very different to the tram that travels around the city today because it was not powered by electricity but rather by animals. Steam-powered trams soon arrived - allowing them to carry more people - but it was not until 1899 that the first electric trams appeared. The improvement was immediately noticeable because they could travel further, faster. Over the following years, all lines were gradually switched to electricity and the tram took on a major role for the city.

The tram experienced a golden age during the early years of the 20th Century. However, a slow but steady decline began in the late 1930s because the rail infrastructure was heavily affected by other road traffic and this led to a steep fall in quality. Little by little, the tram lines were replaced by buses. Confidence in the tram gradually fell until the city mayor, Josep Maria de Porcioles i Colomer, signed a deal on 18 March 1971 to have this means of transport dismantled from the city. The last remaining tram lines from the Barcelona network were removed, although the Blue Tram to Tibidabo remained in service. In fact, this private tourist line has never stopped working.

Even though the rail network had disappeared, the tram lived on in the memories of the people who lived in Barcelona. Certain things helped, such as the fact that the rails stayed on the city’s streets for many years and the famous 1951 strike that many inhabitants still remember today.

After many years of work to reduce traffic congestion and improve public space, the possibility was raised of returning the tram to the city of Barcelona in the early 21st Century. At the time, all public transport services in the city were basically managed by public companies. The Barcelona Metropolitan Transport Authority decided to offer management of this transport network in a public tender so that it could be managed by a private company.

Moventia (called Sarbus at the time) saw this tender as an opportunity at a time when, in 1992, the Metropolitan Transport Authority announced the first call for proposals to build, finance and operate the tram, which was to link Avenida Diagonal with Sant Just Desvern, Sant Joan Despí and Cornellà de Llobregat. We presented a bid and won ex aequo.

In 1996 and 1997, it was decided to run a pilot scheme between Plaza Francesc Macià and Avenida Diagonal where it crosses Avenida Carlos III. So, when the public authorities finally decided to return the tram to the city of Barcelona, Moventia (through one of its companies) joined one of the groups bidding for the contract.

The group was made up by a number of different companies, such as the public works companies FCC, Comsa and Acciona Infraestructuras, the tram manufacturer Alstom, the finance companies Banco Sabadell and Société Genérale, and the transport operators Detrae and Moventia (Sarbus). After winning the tender, the group was made responsible for the entire process: from planning and construction all the way through to operation.

The network: Trambaix and Trambesòs 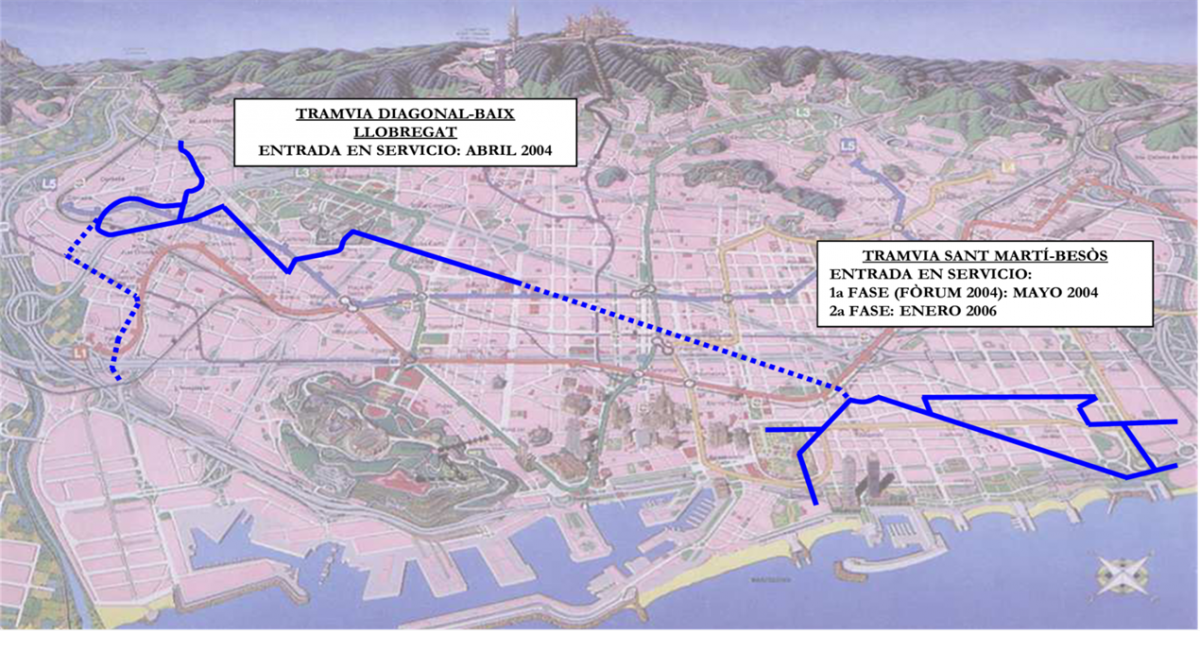 The Trambesòs network, which links Barcelona and the Barcelonés North area, was finished on 14 July 2004 with four new stops. It currently provides a connection between the districts of Barcelona, Sant Adrià de Besòs and Badalona. It is 14.1 km long and has 27 stops.

Future projects include linking the Trambaix and the Trambesòs along Avenida Diagonal.

Did you know that...

All the Trambaix and Trambesòs trams were built at the Alstom Industrial Centre in Santa Perpètua de Mogoda.

Or that the tram is one of the public transport services in the city of Barcelona most highly valued by its users and currently has 41 convoys carrying some 24 million passengers a year. 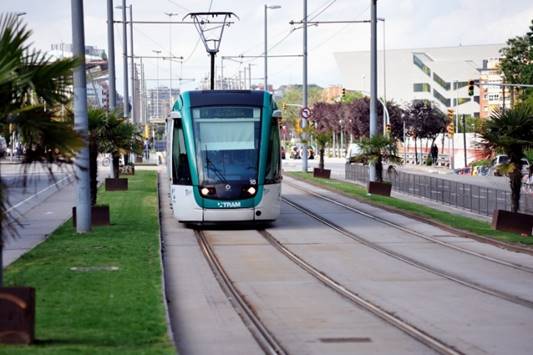