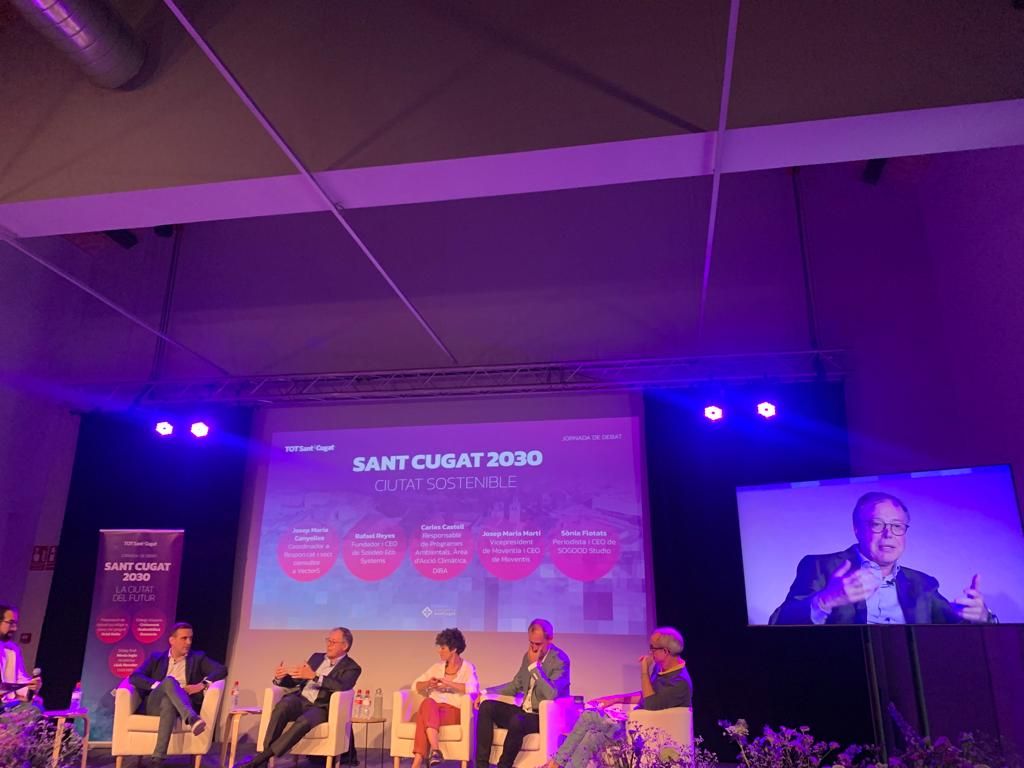 On Friday, 27 May, Josep Maria Martí (Deputy Chairman of Moventia and CEO of Moventis) took part in an event entitled “Sant Cugat 2030: City of the future”. The event sought to offer a response to the various demographic growth, sustainability and economic challenges faced by the city over the coming eight years.

Held in the Sala Clavé hall at “La Unió Santcugatenca”, three talks were given by experts to open a debate aimed at understanding the future of this city. The ultimate goal for the event was to enter a dialogue with experts and politicians on the status of the city and the challenges it faces in the near future.

The day focused on the three round table discussions. The first was based on “A city for living in”, from which the main conclusion was that “diversity is what attracts people to cities”.

The second dialogue session of the day began after a breakfast that provided networking opportunities. “Sustainable City” offered a common outlook on everything that needs to be considered for building a more sustainable city ecosystem, calling on organisations to adopt a more active role. Josep Maria Martí took part in this session.

Various issues were addressed during the debate, such as adapting the city to all the challenges and objectives stemming from the 2030 Agenda for Sustainable Development, equality, responsible consumption and production, and climate action.

The contribution from Josep Maria Martí highlighted the importance of harnessing EU funds in order to make progress towards a greener economy and society, called for incentives to encourage society and companies to commit to electric vehicles because 15 million journeys are made within the metropolitan area alone (300,000 of those in Sant Cugat) and defended nuclear power as a source of energy, as well as the importance of building wind farms.

The final conclusion from the second round table discussion was that Sant Cugat will only be viable if progress can be made towards a sustainable ecosystem, one that is conducive to a change of mentality that encompasses and involves education, society, companies and public authorities.

The third and final debate, which concluded the event, discussed another of the key issues for current affairs in the city: being an economic magnet. This dialogue was centred around how the city should adapt itself in order to remain attractive to large companies, as well as the challenges faced by the city in terms of business by small- and medium-sized enterprises.