Tourism is one of the driving forces behind the economy in Barcelona and Moventia has extensive experience in this sector for managing the tourism services on offer, such as the Aerobús, the Tibibús, the Cruise Bus, the discretionary Sarbus services, the new era with Calella Moventis, the Catalunya Bus Turístic or the discretionary Sarfa services on the Costa Brava.

In 2009, Entidad Metropolitana del Transporte in partnership with Barcelona City Council decided to announce another seven-year public tender to launch two new tourist bus lines in the city of Barcelona, which had been solely operated until then by the public operator Transportes Metropolitanos de Barcelona (TMB). The goal was for there to be two managers - one public and one private - in order to improve and expand the offer with a magnificent service for the tourists visiting the city. The concession was awarded to the bid jointly presented by Moventis and Grupo Julià. The resulting company was called Barcelona City Tour and it began to offer two new fixed routes (east and west) alongside the three tourist bus routes that were already in operation in Barcelona through TMB. 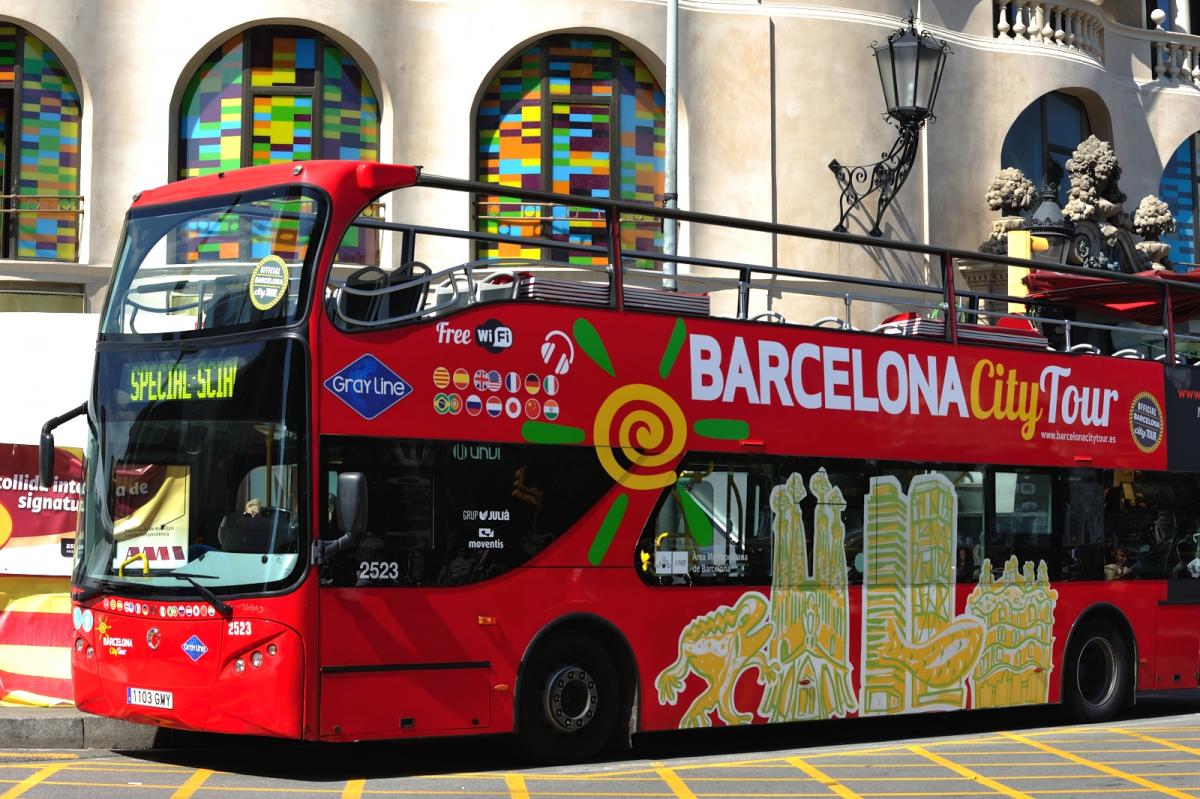 The tourist bus service in Barcelona comprises a fleet of 100 double-decker buses - 60 from the public company TMB and 40 from Barcelona City Tour. The top floor of these buses has no roof, allowing passengers to enjoy all-round views of the city. The main characteristics of the most iconic city sights are explained along the way. Passengers can get on and off the bus as many times as they like.

To make access easier for persons with reduced mobility, each vehicle has automatic ramps and a space reserved for wheelchairs with anchor points and safety systems. The downstairs consists of a single level and they are fitted with a right-side auto-levelling system. At present, it is one of the services rated most highly by visitors to Barcelona.