As part of the preparations in the city of Barcelona to welcome the avalanche of visitors expected to arrive for the 1992 Olympic Games, the Entidad Metropolitana del Transporte (EMT) announced a public tender to award the Aerobús service to connect the El Prat airport to the city centre of Barcelona. Transports Ciutat Comtal won the tender and the new service was launched on 10 December 1991.

The new line was the first anywhere in Spain to operate low-floor buses accessible to persons with reduced mobility. In the mid-1990s, the Regional Government of Catalonia applied a new government directive - the Accessibility Code - under which all new rolling stock must be adapted to persons with reduced mobility. High buses with steps were phased out, while low-floor buses were the chosen model from that moment on.

The initial Aerobús fleet consisted of nine vehicles from the German brand Neoplan N 4014 NF. They were fitted with air conditioning, heating, music, an area for luggage and a special ramp that enabled access by wheelchair users. They cost 22 million pesetas, given that the German Mark cost 62 pesetas at the time. Furthermore, IMSERSO subsidised 75% of the difference between a low-floor bus and a standard bus. This subsidy represented the sizeable sum of six million pesetas per vehicle.

Due to a steady increase in passenger numbers, the fleet was renewed again in July 2001 and eight Neoplan N-4420 Centroliner buses joined the company. These were the first 15-metre buses in the city of Barcelona. In August 2004, a 15-metre Setra S 319 NF bus entered service. It was the first in a series of 15 that would eventually join by October 2006. Since the outset, the Aerobús fleet has led the field and each new vehicle purchased brought pioneering features.

On 20 July 2006, the service concession was extended to December 2009. The company Servicios Generales de Movilidad y Transporte (SGMT) has operated the Aerobús service at the T1 and T2 terminals since 17 June 2009 (when Terminal 1 at the airport was opened) until now, stemming from a partnership between TUSGSAL and TCC with shareholdings of 51% and 49%, respectively. 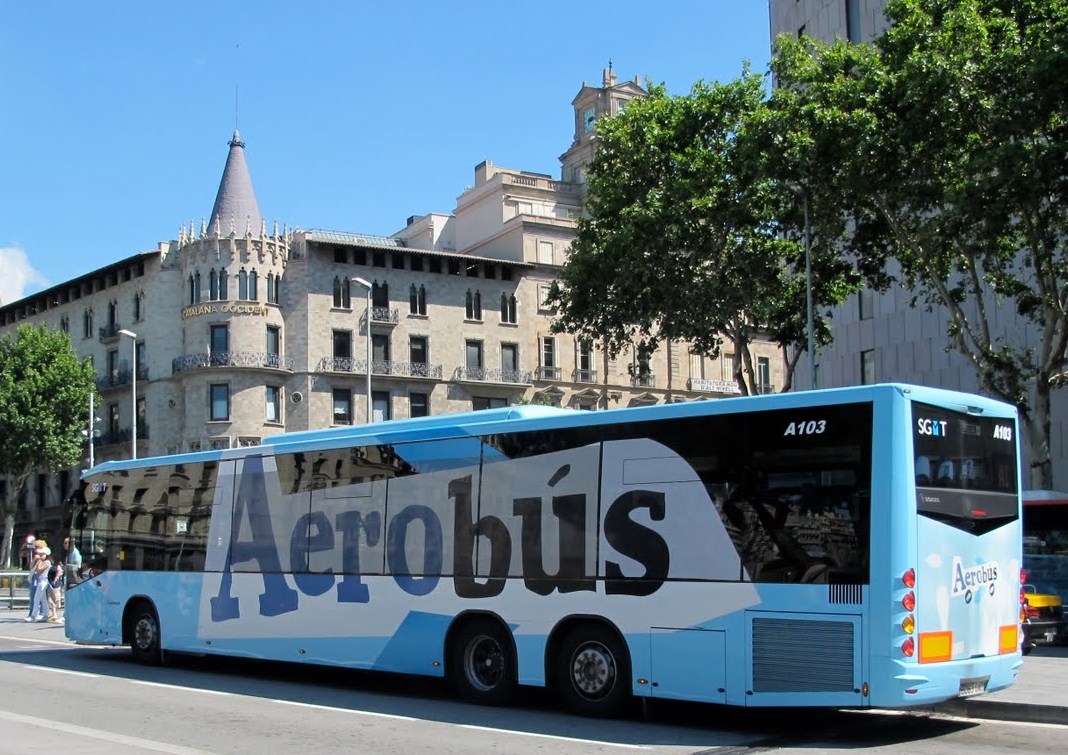 All the Aerobús vehicles are adapted to persons with reduced mobility, have a large space for luggage and offer all the conveniences of a good public transport service. They provide an iconic service between the airport and the city centre that is envied the world over for its quality and popularity with passengers.

At present, the Aerobús service runs every five minutes from the T1 and T2 terminals at the airport to the centre of Barcelona, and is operated by the company Servicios Generales de Movilidad y Transporte (SGMT) via a partnership between the companies TUSGSAL and TCC.

Aerobús has a fleet of 30 buses, which travel over four million kilometres to carry 4,500,000 passengers. It employs 130 people.